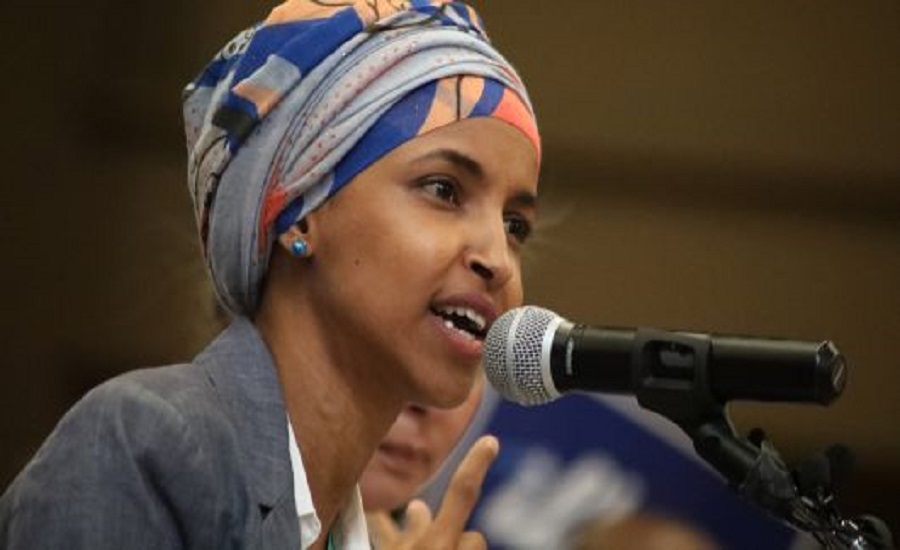 “When a sitting member of Congress calls a colleague a member of the ‘jihad squad’ and falsifies a story to suggest I will blow up the Capitol, it is not just an attack on me but on millions of American Muslims across this country,” Omar was quoted by Huffpost as saying on Tuesday at a news conference while she was demanding accountability from Republican House leadership.

In late November, Boebert joked to a crowd about Omar being a suicide bomber, referring to the Muslim lawmaker as the “jihad squad.” And in September, Boebert suggested Omar was a terrorist at another event, saying: “She doesn’t have a backpack, she wasn’t dropping it and running, so we’re good.”

“Condemning this should not be a partisan issue,” Omar said Tuesday. “This is about our basic humanity and fundamental rights of religious freedom enshrined in our Constitution.”

Omar urged Republican Party leaders to “hold their members accountable” and “do something to confront anti-Muslim hatred in its ranks.”

Tlaib also spoke at the news conference, saying: “Sadly, Islamophobia and hate crimes against Muslims are nothing new in our country. And I know that because I’ve seen it.”

Congressman Carson added that this was “not about hurt feelings or mean-spirited words; this is about calling out individuals who deliberately incite violence and irresponsibly spread lies and misinformation.”

Democratic leaders are reportedly “considering what action ought to be taken” in response to Boebert’s “harmful and dangerous” remarks, according to House Majority Leader Steny Hoyer.

Omar noted on Tuesday that Boebert’s anti-Muslim hate does not make the Republican lawmaker a “outlier,” saying, “The truth is Islamophobia pervades our culture, our politics.”

Omar has faced Islamophobic attacks from former President Donald Trump and Republican pundits, and has gotten a multitude of death threats.

Omar played a voicemail she received hours after she had gotten off the phone with Boebert on Monday, after the video of the congresswoman’s anti-Muslim remarks was posted online:

“There is plenty that would love the opportunity to take you off the face of this fucking earth,” a male voice said in the voicemail, calling Omar a “Muslim piece of shit,” a “jihadist” and a “fucking traitor.”

Omar had hung up on Boebert during the Monday call between the two women after Boebert refused to apologize for targeting Omar with her anti-Muslim remarks.

Earlier this month, Rep. Paul Gosar (R-Ariz.) was censured in the House for posting a violent anime video that had been doctored to depict him killing Rep. Alexandria Ocasio-Cortez (D-N.Y.).

nextVideo | AFSPA is a symbol of oppression. It must go: Asaduddin Owaisi