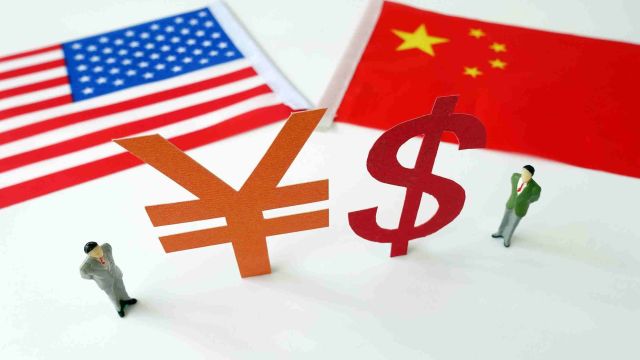 Though America and India are both rightly keen to move more manufacturing operations from China to India, significant shifts will take time, as China still has many advantages, the think tank warned.

NEW DELHI — As America seeks to counter a rising China, no nation is more important than India, with its vast size, abundance of highly skilled technical professionals, and strong political and cultural ties with the United States. This conclusion has been made by one of the leading science and technology think tanks in the US.

The Washington based Information Technology and Innovation Foundation (ITIF), in a significant paper authored by David Moschella and Robert Atkinson, has said that the economic and geopolitical stakes for the US could not be much higher.

Reviewing geopolitics of the world, the ITIF said that based on what the Biden administration and the Modi government decide, the world could end up in two possible scenarios.

In the first possibility, the ITIF predicted, “As tensions between India and China are reduced, and the many business synergies between these two neighbouring nations come to the fore. The combination of China’s manufacturing might and India’s software and service prowess provides across-the-board value-chain capabilities. The United States remains heavily reliant on both nations, whose market sizes dwarf that of America, giving Chinese and Indian companies colossal economies of scale and leading to large bilateral trade deficits for the United States with both nations.”

“These dynamics ultimately result in world-leading Chinese and Indian universities, companies, and research institutions. Given its relatively small size and many dependencies, there is little the United States can do, as the heart of the global economy shifts to the East, and as democratic nations and norms are increasingly seen as failing to keep pace with China’s rapid societal progress.”

In the other scenario, “The interests of India and the United States become increasingly aligned, as the economic, military, and international relations challenges from China grow. Rapidly growing Indian manufacturing, much of it from plants moving out of China, helps reduce U.S. dependencies on China while slowing China’s growth.”

“At the same time, Indian students continue to flock to the United States, with many staying and making essential contributions to America’s technological capabilities. The Indian diaspora creates even more-powerful bonds between India and the United States, generating a great many business, political, and cultural leaders.”

The think tank argued that rising US company dependence on India-based technology services proves to have more benefits than drawbacks and is largely offset by the success of US tech giants in India and by ever-improving cloud services that make extensive customized IT services less necessary. As a result, Indian exports to the United States are broadly matched by U.S. business within India, and both nations grow.

The combined military prowess of the United States, India, Japan, and Australia (and eventually South Korea and Taiwan) proves sufficient to prevent China’s hegemony within the Pacific region, the ITIF said. In this scenario, the foundation predicted that democratic norms will prevail across most of the developed world, with many developing nations looking to the “Delhi model” rather than the “Beijing model.”

As America’s technology dependencies on India in the 2020s seem certain to rise, and therefore there is now no more important bilateral relationship for the United States than India, the ITIF paper said.

While geopolitical forces are drawing America and India closer together, long-term alignment with the United States and the West is by no means assured and will require successful policymaking by both India and the United States, the paper argued.

Though America and India are both rightly keen to move more manufacturing operations from China to India, significant shifts will take time, as China still has many advantages, the think tank warned.

Leading US tech companies are well positioned in India’s booming Internet and e-commerce marketplaces, but strong local competitors are emerging.

India is moving up the value chain into R&D, innovation centers, machine learning, analytics, product design and testing, and other areas, especially in IT and life sciences. Outside of IT, U.S. companies operating in India typically face stiff competition from Chinese, Japanese, Korean, and of course, Indian firms-and doing business in India is still often difficult.

Therefore, the foundation has proposed that the US must ensure that Americans firms, especially technology and Internet firms (including e-commerce and payments) have the same access to the India market as India does to the U.S. market in terms of licenses, taxes, tariffs, data usage/storage, e-commerce, privacy, etc.

“India greatly values its access to the U.S. IT services market, so this is a very powerful bargaining chip that should be used as needed to ensure relatively fair and balanced trade between the two nations. For example, imposing taxes on India’s IT services sales in the United States could be used to offset any digital services taxes imposed on U.S. firms operating in India, as opposed to the tariffs on imported physical goods from India that the Biden administration has recently proposed.”

The foundation has also recommended the US and India to develop joint technology policies, rules, and regulations in the above areas as a potentially powerful alternative to the EU-and China-in terms of setting global norms. As many of India’s policies in these areas are being developed now, the Biden administration should make this an immediate priority, the ITIF paper pointed out.

previousPalestinian Issue: Is A Solution Possible?