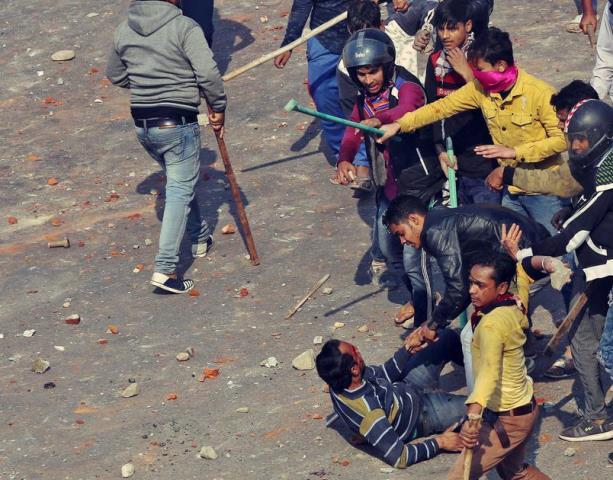 Chicago (US)– American human rights organization, Justice For All, called on the Biden Administration to levy targeted sanctions against three Indian citizens involved in violent extremism, including their prominent roles in the attacks against minorities during the February 2020 Delhi pogrom.

The case document reflects months of work in evidence gathering and analyzing the interconnections that led to the attacks and deaths of so many in Delhi, and asks for an assets freeze and visa restrictions against perpetrators named in the file. The Global Magnitsky Human Rights Accountability Act is one of the United States’ most powerful foreign policy tools for addressing human rights abuses; since 2016 targeted sanctions have been placed on more than 300 human rights abusers although not a single person targeted is from India despite USCIRF’s recommendations.

In the filing, Justice for All provides concrete evidence that a command hierarchy was in place that precipitated what can only be described as a premeditated pogrom against Muslims, their homes and their businesses.

“To halt the growing attacks on minorities and the rising majoritarianism, the United States must take action. The Delhi pogrom was not spontaneous spur-of-the-moment violence as the Indian authorities have made it out to be. There is a rising trend of  militancy in Hindutva aligned religious organizations in India and as an organization with 25 years of anti-genocide work behind us, Justice For All is warning the world.” said Imam Abdul-Malik Mujahid, CEO and founder of Justice For All.

Zahir Adil, leader of the Save India From Fascism project at Justice For All added, “The evidence clearly indicates that these attacks were orchestrated. The United States must no longer be a mute spectator to India’s Nazi inspired playbook. Sanctions against these individuals will be a small but important message that will be noticed.”

The Delhi pogrom is indicative of the dangerous trajectory India is heading down, one in which vulnerable religious minorities particularly Muslims are targeted. The ruling BJP with its Hindutva agenda has instigated the type of violence that occurred during the Delhi pogrom. Justice for All will shortly be releasing a report on the eerie similarities between the Hindutva playbook of Modi’s majoritarian government and the Nazi playbook of Hitler’s Germany.

Justice For All is a human rights organization and an NGO with consultative status at the United Nations. Its broad mandate is to educate fellow citizens on social justice concerns and provide guidance for action through regular newsletters and extensive media engagement.