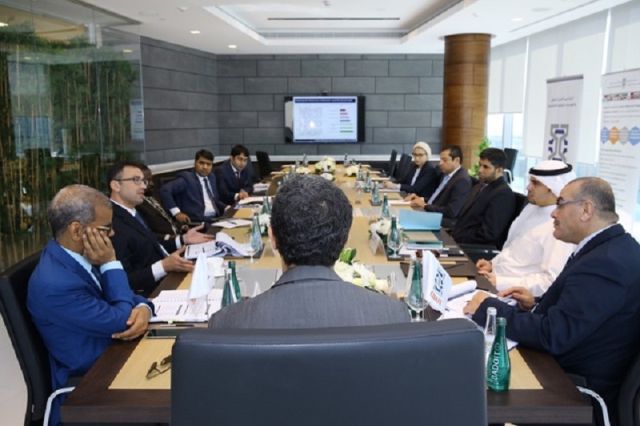 Manama : Aligned with its role as advocate of the Islamic Financial Services Industry (IFSI), the General Council for Islamic Banks and Financial Institutions (CIBAFI), the global umbrella of Islamic financial institutions, announced that it has submitted its comments on Tuesday to the Basel Committee on Banking Supervision (BCBS) on the Consultative Document on “Sound Practices: Implications of fintech developments for banks and bank supervisors.”

The Consultative Document has been issued on 31st August 2017 and was open for public consultation until 31st October 2017.

CIBAFI thanked the BCBS for giving the opportunity to the Islamic Financial Services Industry to comment on the Consultative Document. CIBAFI has provided collective feedback of its member banks from over 32 jurisdictions, comprising the following key points.

First, the Consultative Document sets out five scenarios for the way the banking industry may change, ranging from one in which existing banks adopt new technology to improve their services (but customer relationships remain essentially unchanged), to one in which banks become essentially irrelevant, as customers interact directly with individual financial services providers. CIBAFI believes that, while major banks in the most developed countries may be able to adapt to most of these scenarios, and will have themselves a role in determining which will occur, this is less obvious for smaller banks in less developed countries. Most Islamic banks are of this kind, and there are indeed challenges in the way they need to adapt their knowledge and resources for such changes. Further support from bank supervisors would be welcome.

Second, the BCBS implicitly recognizes that fintech firms may have a greater impact in some markets than others. The suggestion is that in less developed banking markets, and mainly where financial inclusion is relatively low, new entrants may be able to use technology to reach consumers who have no, or limited, existing banking relationships. However, although many Islamic banks operate in less developed and low financial inclusion markets, for Islamic banking, in particular, the threat of new entrants is smaller due to the Shariah compliance requirements. It is thus an opportunity for Islamic banks to collaborate with fintech firms to enhance financial inclusion.

Third, the CD lays emphasis on the need to maintain Anti-Money Laundering and Countering the Financing of Terrorism (AML/CFT) controls in fintech-enabled transactions, though it recognizes the assistance that some new technologies, including artificial intelligence, may offer.

In conclusion, CIBAFI highlighted that its members have pointed out that more comprehensive researches might be needed to assess the macro level effect of fintech, the impact on the economy, financial stability, and the way the central banks may still influence the economy via the monetary and other policies. There may also be tax issues, including whether tax regimes provide incentives or disincentives for fintech firms. CIBAFI recognizes, therefore, need to highlight the importance of such work to the attention of those who do have competence in these areas.

In addition to policy and regulatory advocacy, CIBAFI continues to support the Islamic Financial Services Industry through various activities and initiatives. These include providing industry stakeholders with a platform to discuss emerging issues, representing the industry at major global financial events, and sharing knowledge through specialized publications and comprehensive training programmes.

CIBAFI is an international organization established in 2001 and Headquartered in the Kingdom of Bahrain. CIBAFI is affiliated with the Organization of Islamic Cooperation (OIC). CIBAFI represents the Islamic financial services industry globally, defending and promoting its role, consolidating co-operation among its members, and with other institutions with similar interests and objectives. With over 120 members from 32 jurisdictions, representing market players, international intergovernmental organizations and professional firms, and industry associations.