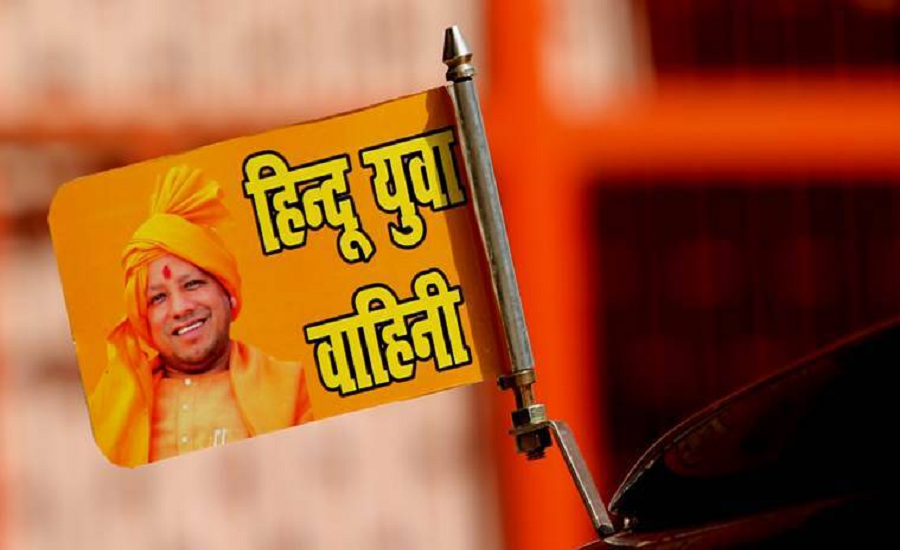 Yogi Adityanath had raised the Hindu Yuva Vahini in 2002 after his relationship with the BJP soured due to differences over ticket distribution in the Assembly election.

GORAKHPUR — The Hindu Yuva Vahini (HYV), founded by Yogi Adityanath in 2002, is back in action. The Vahini that had become dormant after Yogi Adityanath became chief minister, is springing back to activity.

Its members have already launched an intensive campaign to ensure Yogi Adityanath’s victory in Gorakhpur.

P.K. Mall general secretary, HYV, said that the Vahini members have decided to organise door-to-door meetings, digital meetings, and strengthen its organisation at the booth level across the assembly segment.

The office-bearers will hold a meeting with the chief minister over the election strategy and campaign when he arrives in Gorakhpur, Mall added.

A senior office-bearer of the Vahini said, “Political activities of the HYV were dormant for around five years, but the organisation has been reactivated with the announcement of Yogi Adityanath’s candidature from the city seat. The outfit will hold meetings in all the wards and also campaign for the BJP candidates in other Assembly segments on the direction of the chief minister.”

The Hindu Yuva Vahini had played an important role in Yogi Adityanath’s election campaigns in 2004, 2009 and 2014 and also propagated the message of Hindutva in the rural areas of eastern Uttar Pradesh.

After Yogi Adityanath became the chief minister in March 2017, units of the Vahini in various districts of eastern Uttar Pradesh were disbanded at the request of the BJP leadership over fears that it would function as a parallel political outfit.

Its office-bearers and members who protested this move were expelled from it. This included then state president Sunil Singh.

Yogi Adityanath had raised the Hindu Yuva Vahini in 2002 after his relationship with the BJP soured due to differences over ticket distribution in the Assembly election.

Soon, Vahini volunteers were also entrusted with the task of propagating the Hindutva agenda promoted by the Gorakhnath mutt headed by Yogi Adityanath.

In the past five years, the Vahini withdrew from political activities to focus on social issues, including ration distribution, building awareness about Covid and Japanese Encephalitis, assisting migrant workers, and assisting local authorities in the implementation of development and welfare schemes.

previousNo Important Documents on WhatsApp, No Use of Smartphones in Meetings on Classified Issues: Govt