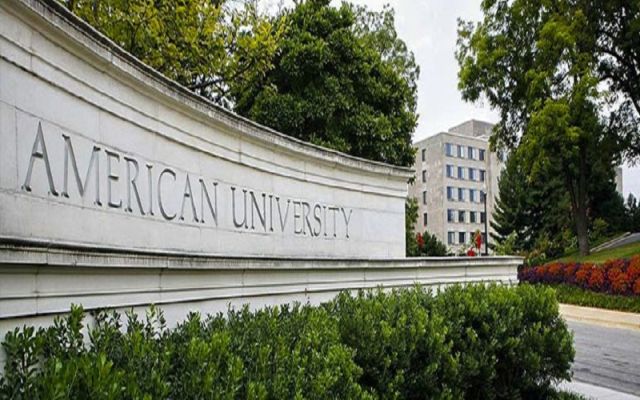 Washington : American University is now offering a graduate certificate in Islamic finance to better prepare professionals to compete and do business in both emerging and established markets.

The curriculum includes courses that focus on the role of Islamic finance in the global economy and Islamic capital markets. Coursework also focuses on Sukuk (Islamic bonds), which are structured to generate returns without generating interest, which is prohibited in Islam.

For Ghiyath Naqshbandi, an executive in residence at American University’s Kogod School of Business in the US, the graduate certificate in Islamic finance is a dream now realized. Naqshbandi created the certificate as part of his larger vision of advancing Islamic finance. The United States is run by a very different kind of financial model, he said while noting that the American University is one of the only institutions in the country to offer a program.

“I am trying to establish a legacy,” Naqshbandi said. Coursework includes more than book learning. Naqshbandi regularly brings in experts to speak to classes. Speakers who visit and Skype in include CEOs, lawyers and high-profile Islamic finance professionals from Kuwait, and Bahrain, among other countries, News Wise reported.

“There are lots of opportunities for employment,” he continued. “It’s a new field and untapped field in the United States. We’ve been out of the loop for more than 15 years. London, Paris, Singapore, Shanghai and other countries have been taking the lead. It’s about time for us to capture some of the markets.”

Naqshbandi does not want finance professionals to be deterred by the “Islamic” in Islamic finance. Students enrolled in the certificate program come from a variety of backgrounds and religious traditions. Ultimately, he says, the program will help redefine the way professionals do business.

“Islamic finance is for humanity. It means socially responsible business, partnerships between entrepreneurs and financial institutions focusing on real markets. That means productive capacities to produce things that have a real impact on people’s lives.”

American University is a leader in global education, enrolling a diverse student body from throughout the United States and nearly 140 countries. Located in Washington, D.C., the university provides opportunities for academic excellence, public service, and internships in the nation’s capital and around the world.

The Kogod School of Business is the leading destination for the study of business in the Washington, D.C. metro area. The School has been a part of the D.C. business community for 60 years and is accredited by the Association to Advance Collegiate Schools of Business. AACSB accreditation represents the highest standard of achievement for a business school worldwide. Kogod’s Washington, D.C. location serves as a laboratory for learning through work, internships, and other forms of experiential education.