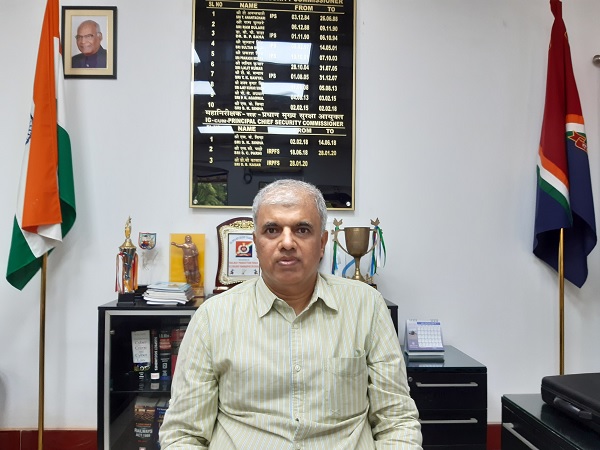 Kolkata: D.B. Kasar, currently Principal  Chief Security Commissioner at the South Eastern Railway, was honored with the President’s Police Medal for Distinguished Service on the eve of Independence Day earlier this year. The presidential award was the recognition to his valuable services as a security officer at the Indian Railways in the last three decades.

In an exclusive interview with Maeeshat’s Chief Editor Danish Reyaz, 1990-batch IPS officer Devendra Nath Kasar, popularly known as D.B. Kasar, talks about some of his successful civil security initiatives during his decorated career at the Indian Railways.

After clearing the Civil Services Examination held by the Union Public Service Commission (UPSC), Mr Kasar began his career as Assistant Security Commissioner and never looked back. In his career spanning over 28 years, he has been bestowed upon various awards for his excellent work. This year’s presidential award was in recognition to his initiatives to control crime in the Railways and provide best services to passengers. Before that, he has won GMO-DG Award four times, Smart Policing Award by the Federation of Indian Chambers of Commerce & Industry (FICCI) and Indian Police Medal.

“The role of Railway Protection Board has been very good for passengers over decades. Passengers include male, female and children and each has different security aspect,” says Mr Kasar.

Between  2007-2010, he was in-charge of the Mumbai Central Division as senior commandant. In the wake of serial bomb blasts in the city in 2006, he had started Operation Eagle in the month of July 2008 to neutralize any terrorist attack if it takes place on the Western Railway. He had formed specialized teams and trained them for this purpose, which subsequently defended successfully the Churchgate station and other stations of the Western Railway during the 2008 terror attack in the city and ensured running of local trains despite the attack in nearby areas. The Railway Board later gave him reward for this preventive successful program.

Earlier, when he was posted in Bhusawal as in-charge of Central Railway division between 2000-2004, he did two important work.

He trained commandos for Railway Protection Force first time using natural terrain like the Tapti river, Satpura mountain range and forests etc., and developed endurance, stamina and strength in jawans at par with commandos of other forces. Mr Kasar used own manpower and resource person, thereby no expenditure was done for creation of this commando team.

Second, stamp papers were being loaded from Nashik Road railway station. He took several theft preventive measures like close monitoring, cross checks and supervision during its transit, and thus saved theft of stamp papers worth several crores of rupees.

“In Bhusawal, through railways, metals and stamp papers are also supplied. Stamp papers are loaded from Bhusawal and Nasik divisions. I ensured that everything is counted daily. My mantra is: instead of waiting for crime to take place, it’s better to prevent crime,” Mr Kasar tells Maeeshat.

Ever concerned for safety of passengers in trains and on the stations, Mr Kasar launched several safety operations.

“The Railways is spread across the country, connecting hinterlands with big cities. We have noticed over years that women and children have been trafficked through trains. You cannot secure every station and this is why children and girls are trafficked and pushed onto wrong paths like prostitution and bonded labour. I consider it as a big sin against humanity,” says Mr Kasar and recalls some of his initiatives.

He busted several gangs active in Hyderabad and Bengaluru who would drug innocent passengers and loot their belongings. He caught them through intelligence and brought them to book.

“When I was posted in Sholapur, I busted a gang of dacoits from Haryana. They would loot jewels and gold from women in the South. I had coordinated the commands in Sholapur, Bengaluru and Hyderabad and the gang was caught,” he says.

Between 2016-2019, he was posted in Huballi as in-charge of railway zone’s Principal Chief Security Commissioner in the rank IG. During this stint, he launched his most famous civil security initiative called ‘Nanhe Farishte’.

He launched operation ‘Nanhe Farishte’ in 2017 to rescue children including girl children from trafficking. Under this operation, more than 2000 children were rescued in a year, and several cases of organ trade, kidnapping, bonded labour etc were detected. This program won Smart Policing Award from FICCI and was appreciated by industrialist Azim Premji and noble laureate Kailash Satyarthi.

Talking to Maeeshat, Mr Kasar says: “We had launched the operation called ‘Nanhe Farishte’. Innocent children are misguided and led to wrong paths. Some become criminals and some drug lords. Under that operation, we trained our staff strategically and sensitized them and make them feel those children as their own. We trained them how to observe such victims. We launched this 2-3 years back. We saw thousands of people in the form of bonded labour and organ trade.”

“Many children and women come on railway tracks to commit suicide. When I was in Bengaluru, I saw many people who failed in school exams came to platform to kill themselves. There were many girls who had run away from home after fighting with parents. On platforms, there are pimps – ladies and girls who console such girls and take them onto the wrong path,” says he.

He informed that after rescuing such people, they were kept with some NGOs for some days and the foundation of industrialist Azim Premji would fund their stay.

“I worked hard on sensitizing my staff to have empathy with such people. I asked them to assume that their own daughter has gone missing.”

In 2014-2016, he was in Mumbai as 2nd in command of the Western railway zone and also as In-charge of the zone for six months.

As in-charge of the zone, he developed a panic button in mobile phone so that if any woman travelling in train comes across any danger, she can press the panic button and RPF staff can rush to her help immediately.

In the end of 2019, Mr Kasar busted an all-India racket of black marketing of railway tickets.

Not only safety measures, he has led his team for humanitarian work also when it needed. For example, during the recent lockdown, his team distributed packed food among thousands of poor people.

“During the Coronavirus-driven lockdown, our jawans of RPF worked to ensure food to the poor in different areas. They even donated from their own salaries,” said Mr Kasar.

Sitting in his office at the headquarters of South Eastern Railway in Kolkata’s Garden Reach area, the IG and Principal Chief Security Commissioner Mr Kasar finishes his talk with Maeeshat on this humble note: “My mantra is Work is Worship. I always see things from this angle. When I got the President’s medal I dedicated it to our jawans.”

previousMideast economies to contract 7.6% in 2020: ICAEW

next11 Killed, 25 Feared Trapped As Building Collapses in Powerloom Town of Bhiwandi 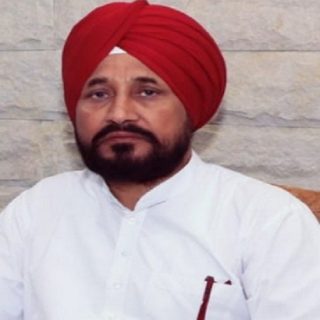 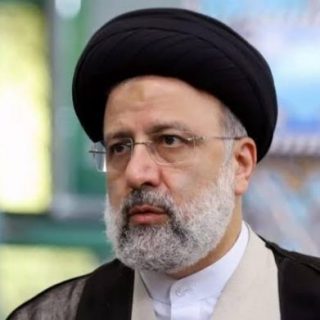 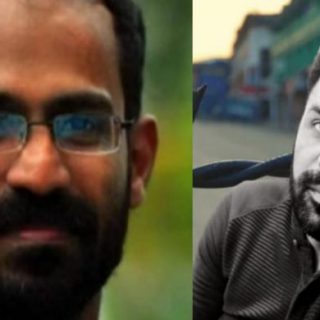